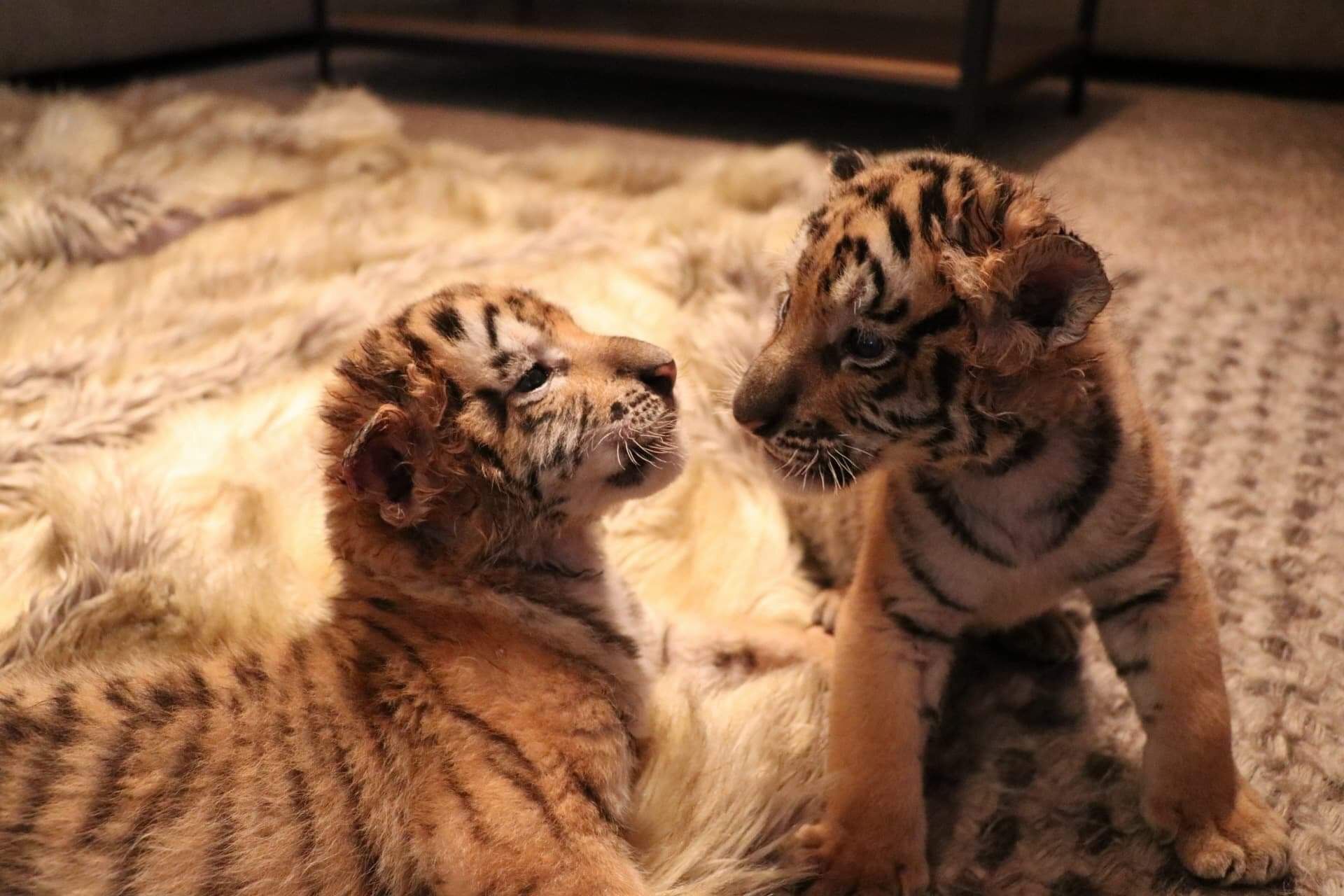 Please welcome this tiny brother and sister duo to CARE!

In September 2019, we were contacted by someone with a request for help. They had found us online and explained that they recently took over ownership of an exotic animal facility. They were trying to spay and neuter all of the animals there, but in the meantime, these two babies were born. They told us that they had their hands full, so they asked if we could give a home to the babies. We agreed to take them in and picked them up last week.

They are only 5 weeks old, so they have been getting round-the-clock care. They, like all babies, sleep a ton but wake up for frequent feedings. They have been getting bigger and more active every day though, and they just got a clean bill of health from Dr. Bill! Because of their young age, we do want to give you fair warning that they are not going to be viewable on tours for some time - they have not even been introduced to the great outdoors yet. But, they should be ready for some oohs and ahhs during our Fall Festival in November.

The little girl is smaller and lighter than her brother. Their sweet and spunky personalities are starting to show and they have been under the constant watchful eye of our resident German Shepard, Bubs, who is proving to be an excellent babysitter! 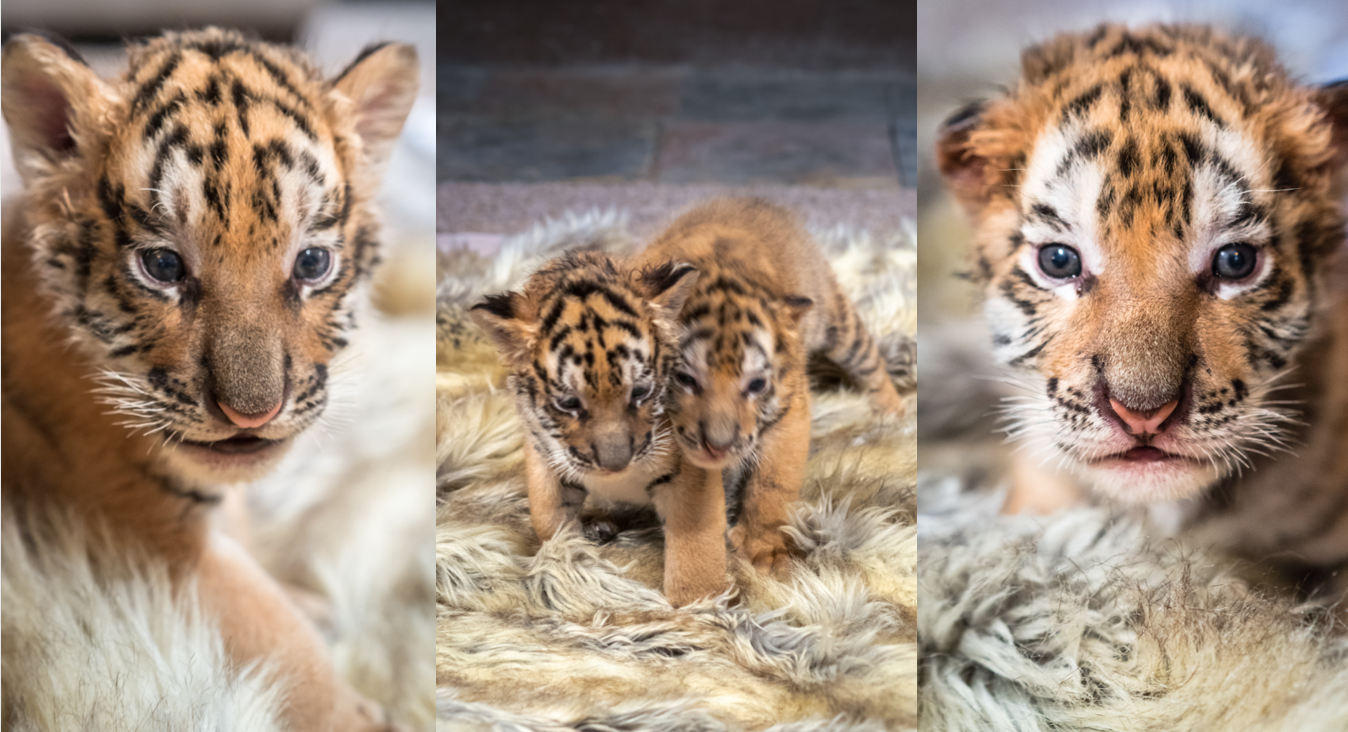 We are so happy to be able to provide these precious cubs a safe place to grow up big and strong, but (as always) we need your help to do it. Taking in new animals means more expenses - especially for cubs who need a lot of formula and extra care.

We ran a raffle to raise money for the cubs and the winner got to name the cubs - and he chose Leon for the boy and Kel for the girl!

Since we started caring for the two little ones, Leon has had a tough time of it. One night after a completely normal feeding, he vomited and ended up aspirating in his sleep. He was rushed to the vet in the morning and was unresponsive for about 12 hours. He finally came around and starting perking up. He is doing really well but is being watched very closely. He is fed on a very frequent schedule so that he only eats a very small amount of the time. He is not allowed to be with his sister unsupervised (as he is still weak and she plays really rough). We have a baby monitor on them so we can watch them when they sleep. All precautions are being taken so this does not happen again.

Of course, throughout the ordeal, their babysitter Bubs has been on hand to watch over them. He is their constant guardian. 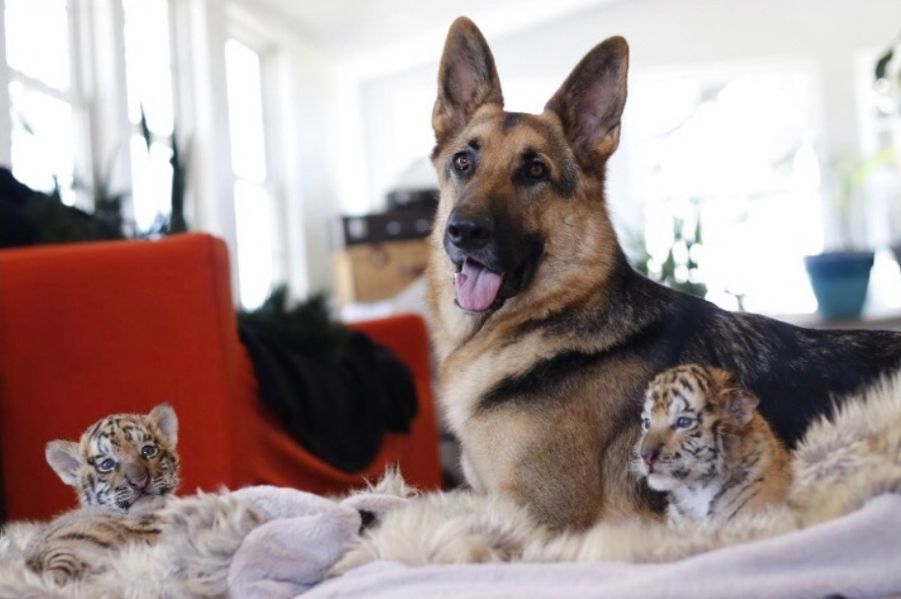