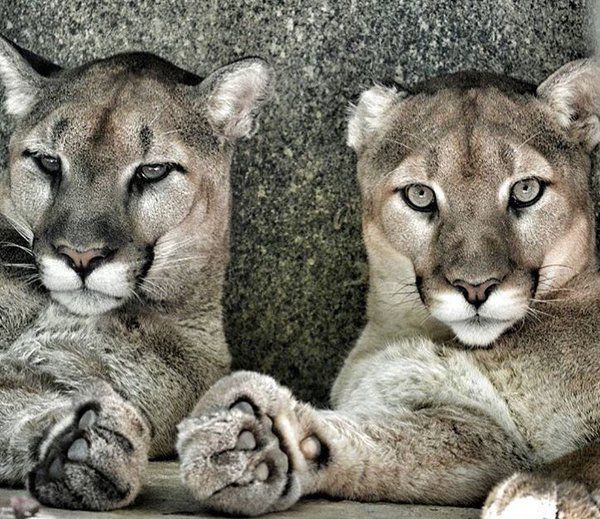 A New Home is Needed After an extensive search, CARE, with it's long history of providing world class care to big cats, was asked by the Dallas Zoo to give two mountain lions a new, permanent home. However, in order for us to give them the perfect space to live, CARE must raise the funds to build something truly spectacular. We have less than 30 days to raise the funds needed to finish construction so we can welcome the cougars this fall! 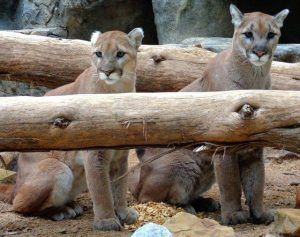 Apollo and Lakai Apollo and Lakai are estimated to be around 7 years old were both rescued as cubs in Canada. In fall 2009, Lakai’s mother was illegally shot in Alberta and he was taken from the wild when he was less than three months old. Prior to coming into human care, he developed frostbite on his right ear, causing him to lose most of it. In January 2010, at three months old, Apollo was found starving and alone on a back road in British Columbia. Apollo and Lakai were brought together in 2010 and have been inseparable ever since. They have lived many years, being lovingly cared for, at the Dallas Zoo. But, now it is time for them to retire to a more private, quiet home - here at CARE! 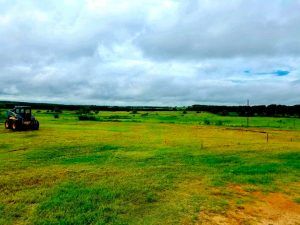 Building a Purrfect Home We have planned for a truly amazing enclosure, specifically designed to meet the needs of the nine-year-old cougars. The enclosure will be 8,000 sq. ft. complete with spaces and bridges 20 feet off the ground to climb and run - things that mountain lions love to do! The unique structure will allow CAREtakers to view the boys from an elevated walkway running through the center of the structure, letting us to see to their well-being at all times. A waterfall and pool will cool the air in the enclosure, providing comfort to Apollo and Lakai in the hot Texas summer. The habitat will look out over miles of countryside where the boys will live out their lives in peace and tranquility. On August 23rd, we broke ground on their new enclosure, starting with sinking the posts of the new structure. What a view they will have! 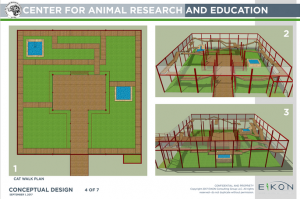 You Can Make A Difference We cannot build this dream home for Apollo and Lakai without your help! We have done the planning, and crunched the numbers and are confident we can build Apollo and Lakai's new home for only $50,000.