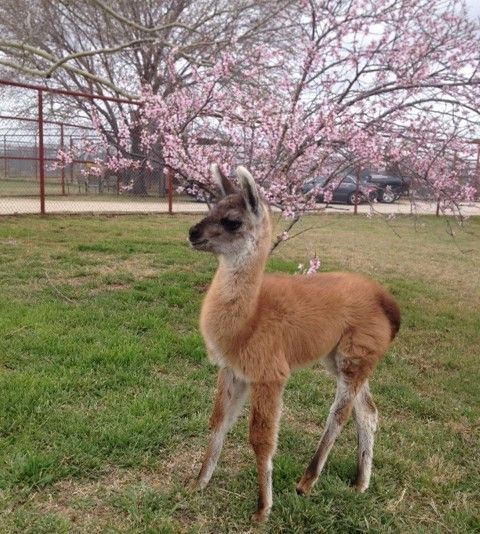 On March 14th we were a little surprised when someone brought a one month old llama with an injured back leg to us. While we never contemplated turning her away, we weren't sure what we were going to do with a baby llama that was unable to use one of her hind legs. But, we were determined to do what we could. She was simply too cute and sweet not to try.

The next day our vet, Dr. Bill, came out and examined her. He told us that she had a broken femur and that he could feel both ends of the bone, so we knew it was a bad break. The four options that we had were to leave it alone and she may or may not have a functioning leg as she got older (more than likely not, and likely with a lot of complications), amputate the leg (which were were reluctant to do), perform surgery to fix the leg (possibly inserting plates to help stabilize it), or euthanize her. Obviously euthanasia was not an option. Not a single person wanted to give that a second thought, including Dr Bill. Plus, he felt pretty confident that he could fix her leg and give her a great chance. So, without delay we scheduled the surgery. However, things did not end up going as well as we had hoped. During surgery, they discovered that the two ends of the broken leg bone had fused together. Her hip had even been comprised, so there was no saving the leg. Leaving it that way and hoping for the best was also no longer reasonable. Again, we had the choice of amputation or euthanizing her while she was out. To be honest, this time wasn't as easy of a decision. Quick research while the team waited told us that yes, there are three-legged llamas out there. But the ones that we found had lost their legs below the knee and were fitted with a prosthetic. That would not be an option for this baby girl since she would be losing her leg very high up. Knowing that we were taking a risk, that the amputation might make it too hard for the llama to get around, we decided to take the risk and go ahead and give her the best chance at life possible.

When the newly three-legged llama came out of sedation and finally regained stability, she did fantastic. Over a few days, it was like nothing had changed and she didn't even notice that she was missing an appendage. She gets around great! She has amazing balance and she even runs full tilt! She does tend to get worn out a little easier though when she has been out playing, but that is to be expected and may change as she gets older and stronger.

So, now CARE has a new resident, our little Dahlia llama! She spends some of her time inside our Executive Director's house so she can be bottle fed and monitored, but a lot of her time is spent in an enclosure in the yard. When someone is there to watch her so she doesn't fall down and hurt herself, she is let out in the big yard so she can run, explore, and eat her favorite thing in the world, dandelions! She follows her dozen or so new moms around the yard, sucks any flowy shirts she can get her mouth on, and makes just about the cutest humming noises in the world when she is excited or wants something. 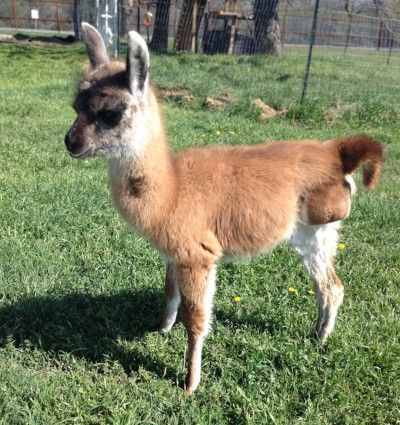 We are so happy that we decided to take in this fluffy, wide-eyed baby. We hope we can provide her with a long, healthy, and happy life here at CARE. However, the decision to take her in and give her a chance definitely came with a price tag! The amputation cost $750. That was money that was earmarked to start expanding the lemur enclosure. Some of our lemurs have been fighting a little too much and have caused us to separate a couple from the main troop permanently. We have a small enclosure that they are in right now, but they really need more space to jump around.

We are welcoming any and all donations to help us recoup this cost so we can continue with plans on the lemur habitat. Please contribute to our Llama/Lemur Fund. Remember, every amount helps! Please make sure you write "Llama" in the Purpose box when you donate so we know where your money should go!