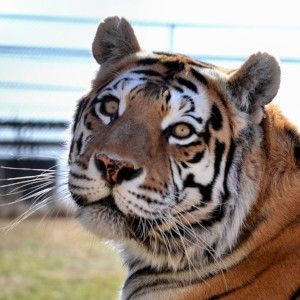 It’s so hard to find the perfect words that will accurately describe the relationships we have with the cats. It’s even harder when they’re gone, and you want to make sure everyone who reads those words will understand what a magnificent, beautiful, unique creature that cat was.

They are all so special, but what made Donya special was her relentlessly playful personality. Interacting with a tiger is one thing, but it’s even more thrilling to play hide and seek with one. What I will miss most about her is walking around the round pen and seeing her ears just above the grass, waiting for the perfect moment to jump up and surprise me. If I ever found myself in the wild, face to face with one of our tigers, it would be Donya that would terrify me the most. She was a pouncer who loved nothing more than to surprise the unexpecting passerby. By the time I would walk up to her, she’d chuff and chuff like she didn’t just make my heart skip a beat.

I always imagined her as a tomboy, more “one of the guys” than anything. As one of the “Piranhas” on the compound, Donya ate like the males, played like the males, and sometimes even looked like one of the males with her masculine figure and “battle scarred” right eye. Masculine as she was though, Donya definitely had a soft side she would show to the male CAREtakers whom she favored. She wasn’t really a fan of the female CAREtakers in the facility like most of the other cats tend to be, so it meant a lot to me when she would greet me happily and affectionately.

To know this gorgeous girl, see the spunk in her eyes, and feel her powerful presence until very recently made it a huge shock to know she was gone. I know that Donya became ill very quickly, and I imagine she was the firecracker she always had been until that moment. It breaks my heart to think I will never crouch low in the grass with her in a game of hide and seek, but I am forever grateful for the games we did get to play. 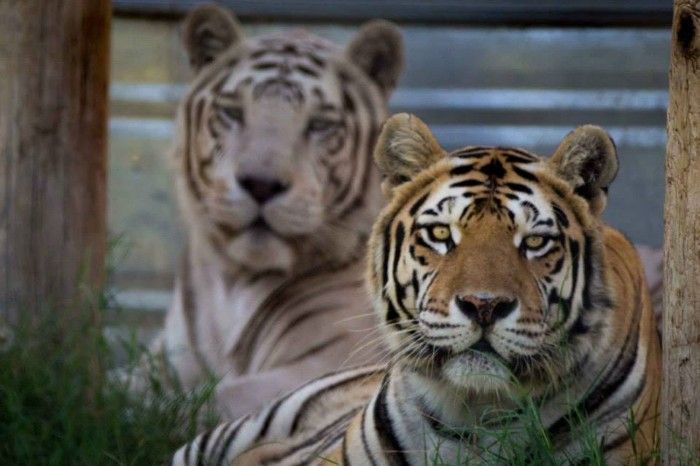 Donya is a tiger with a lot of spunk. She has many masculine features. She is very large for a female, although she has an unmistakable feminine mystique. She loves men, which is an oddity in a mostly female run sanctuary, and she is the dominant member of her group (with Rascal and Kate).