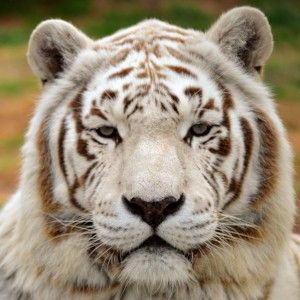 Flash was beautiful. He was kind, and gentle. He loved. When people speak of Flash, you are likely to hear how he cared for his love; his Lily. I’d like to think that Flash could see the pain, the hurt that needed healing. I say this, because that is when Flash entered my life.

Five years ago, I was introduced to a “snuffle”. I was then asked to make the sound myself. I thought, “well, this is impossible and none of these cats are ever going to like me.” As it turned out, a lot of them liked me. Two in particular were named Calamity and Beast. I lost both of those cats within the same week. You realize, for the first time, that a walk around the compound is never the same when a cat passes; but you may find yourself unexpectedly being drawn to another cat. For instance: a big, chubby white one. Flash seemed to immediately take an interest in me, and I fell in love with his personality and his snuffles. No matter how long the gap of time between visits, he was always happy to see me, always eager to jump down from his favorite platform to snuffle a hello. Once, I accidentally made him jealous and he ignored me for an entire week. He eventually forgave me, but it was torture watching him snub me and give his attention to other volunteers. We eventually found cancer, but Flash was always so strong and resilient. He was always there, in his enclosure, on his platform, waiting.

When you have known for a while that your favorite cat is sick, a phone call can wreak havoc on your world. I received that phone call a few weeks before he passed. Heidi strongly suggested I do everything in my power to get myself to Texas to say goodbye. So, I did. I knew when I saw him that he was on borrowed time, and I will forever be grateful to Heidi for willing him to live an extra few days so that I could be there for him, the way he had been there for me. It had been two full years since I had last seen him, and he held that against me for an entire day. He seemed happy to see me, of course, but it wasn’t until my second day of sitting by his side that he finally showered me with the chorus of snuffles that I had so longed to hear. I slept next to him for three days, and the morning I left CARE to return home, I told him how much I loved him, how much I will always love him, how badly I will miss him, and that he needed to let go and be with his love; his Lily. He looked at me with those beautiful blue eyes, and snuffled his final goodbye to me before I had to leave. 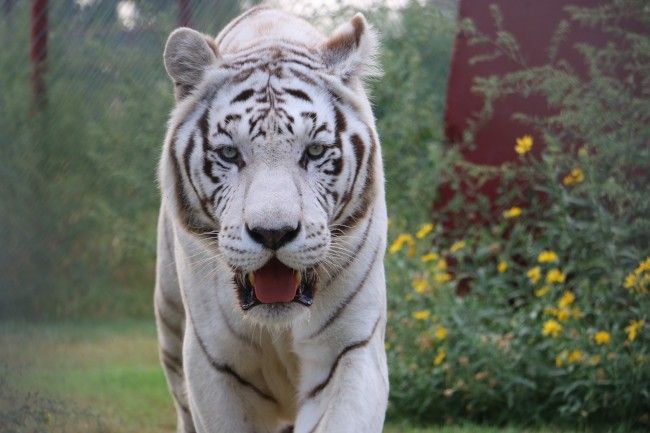 Flash spends most his days lounging in the sun or playing with his big, red safari-ball. Flash is a beautiful tiger on the outside as well as the inside, and would love to share that beauty with you.