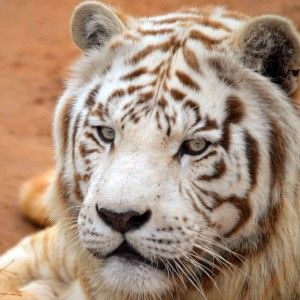 Levi was an unforgettable force at CARE for over 13 years. He was most known for his intense stare (his pupils never completely dilated) and his general dislike of men (due to an accidental scare by a male volunteer that Levi never forgave). Levi was always in good health, but as he got a little older, he ended up breaking one of his canines, which is not completely uncommon in aging big cats. Usually, that is not an issue unless the break is causing discomfort. When Levi started to lose weight, we assumed it was the tooth. We ended up extracting the tooth, believing that would fix the issue. Ever since Levi’s initial issues began, we have tried everything we could think of to make him better, and we had so many reasons to believe he would make a full recovery. After the extraction, when he still wasn’t eating, we treated an infection in the extraction site. He still continued to have difficulty eating, so he was examined, treated with antibiotics, all with little effect. We started to wonder is something more was going on. X-rays were performed and there were no signs of anything in his mouth that would be causing him to continue to have problems. We tried so hard, and desperately hoped for an improvement. Despite what we did, he continued to deteriorate and quickly. We made the decision to let him go. It was a painful decision, it always is, but it was the right one for him. It is hard to explain how difficult it is to watch an animal that has been healthy, powerful, and majestic his entire life slowly weaken and fade before their time and not have the ability to make it better.

Of course, it was crucial that we perform a thorough necropsy. What we found was quite different than anything we expected.

Preliminary pathology reports from Dr. Barbara Lewis from TVMDL have suggested that Levi suffered from Chagas disease. This disease is parasitic and is transmitted by an insect called a “kissing bug”. These bugs are prolific in Latin America, where 7 – 10 million people currently have Chagas. While rampant in Latin American countries, the “kissing bug” has just started moving into the United States. A lot is known about the disease in humans, but other than knowing that many animals can be infected, research is still being done on its prevention and treatment. Levi’s neurological symptoms, difficulty eating and swallowing, and the condition of his heart during the necropsy all support this probable diagnosis.

Volunteers Rich and Denice Hazlewood, from Bugs n’ Ashes pest control, have been aggressively treating the facility to prevent the parasite spreading. We also now have identified this parasite and can test for it and hopefully treat it if another animal becomes ill.

It is an undeniable that there will never be another tiger quite like Levi. He had an incredible presence here that is now a hole. Whether you were mesmerized by his beauty, or wary of his intimidating stare, you knew he was special. He often was misunderstood and judged too quickly. He could be incredibly calm, gentle, and affectionate (typically only women got to see this side of him). He was very loved, always respected, and we feel his loss every moment. 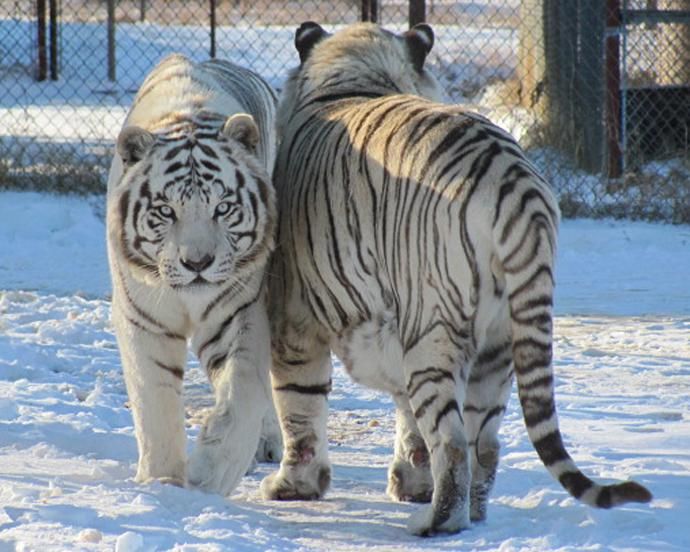 Levi is a beautiful, intimidating, and formidable white tiger. He is a testament to the differing personalities that one can see in CARE’s individual cats. For reasons unknown to any of the CARE compound staffers, Levi has a very strong distrust for almost all of the men. He is very loving and affectionate towards women, but he most definitely does not feel the same way towards men. He was born and raised in Bridgeport before CARE was established; therefore he has led a wonderfully good and loving life. It is anyone’s guess as to why he acts in the way that he does. He will simply not allow men to come near him or any of the other cats that he shares an enclosure with, and there are only a few men on the CARE staff whom Levi can merely tolerate (and they still have to keep their distance). Levi has taught the CARE staff (and most that have come to visit) that just like people, the cats have their own personalities, their own reasons for doing things, and sometimes none of it makes any sense- it is simply their way. He also acts as a reminder that even though these cats are in secure enclosures, they still run the show, they hold the cards, and they’re in control. The stewards of CARE exercise great caution when dealing with this magnificent creature. Levi deserves and receives a great amount of respect.