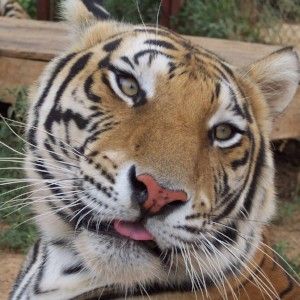 Lily was a wonderfully sweet tiger.  She was tiny (for a tiger) and she had a gentle disposition. She loved all people, greeting everyone she met with a bright snuffle, and she never had a bad day.  Also, you couldn't mention her name without thinking of the late Flash, one of CARE's most stunning and grand white tigers.  Paired as cubs, the two of them were constantly at each others' side, and they were often seen cuddling with each other as if they were kittens.  They loved one another like no tiger couple I had ever seen.  Their bond was unbreakable until the terrible day when Lily was taken from Flash (and the rest of us) far too young.

It was one of the worst days I had ever had at CARE, and I'll never forget the moment of stunned realization that she was gone. It's something you never want to see in your babies, and it's the one thing you can have regular nightmares about.  At first glance I thought, "No, Lilly is a sleepy tiger". But, I stood there, staring at her motionless body inside the enclosure, praying for even the slightest hint that her chest was rising and falling with a deep breath, but that breath never came. The terrible truth then swiftly enveloped me: Lily is no longer alive.  The tears, dropping to the knees… knowing it's real but still pleading to the sky that this be a nightmare from which to wake.

Saying goodbye to our sweet Lilly was one of the hardest losses I had ever felt.  She was so young.  She was running and playing and being her sweet self the night before.  She had never been sick and she had never been hurt. She was only 6 years old.  How could this have happened? The analysis of her body revealed that she had a congenital heart valve deformity, which meant that she was never long for this world. Flash lived on for years after Lilly passed, and I gave him as much love as I could, but it was never the same love as Lilly gave, and it was hard to look at him without thinking of her. When he passed, it was bittersweet - he was so beautiful and magnificent, but I'd like to think that he finally got to be with his Lilly again. I made sure to say goodbye to him. The cats have taught me many lessons through the years and this was a big one.  Never say goodbye, walk away, or go to bed without saying “I love you” if love is what you feel. You never know if it will be the last time you see a life that is precious to you.

When I think of Lily my heart overflows with love.  She WAS love.

I will not say goodnight without saying I love you ever again. 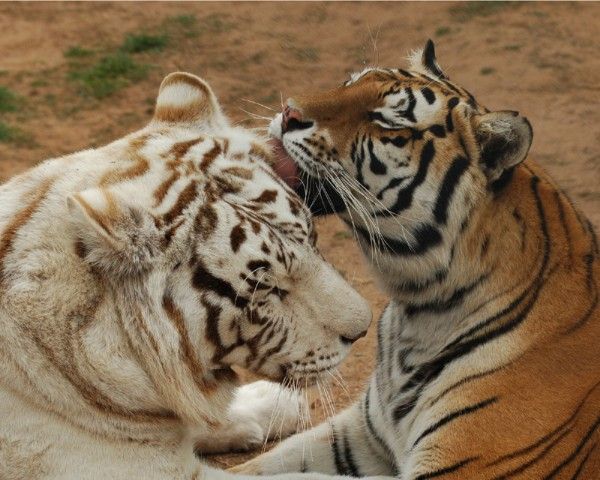