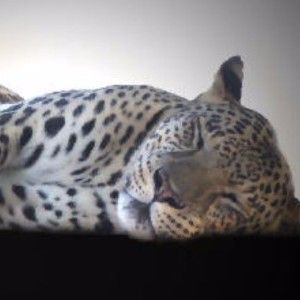 A beautiful leopard arrived in Bridgeport in August of 1993. He was frightened and wild. Without his new home he would have been euthanized due to his extreme aggressive behavior with his past owners. After several months of intensive and constant love Malachi realized he could trust humans. He became one of the gentlest spirits to bless the grounds of CARE. He was happy and strong. Unfortunately in the summer of 2005 the nightmare of his early life returned to haunt Malachi and all of those who grew to love him. He was viciously declawed before his arrival. Now, twelve years later a mass grew on his foot. The claws had been growing inside his foot. Tireless months of care and four surgeries were followed with the heartbreaking news, cancer of the foot….leg…then finally, the lymph nodes. Malachi’s life was over soon after the news. Malachi will be greatly missed.