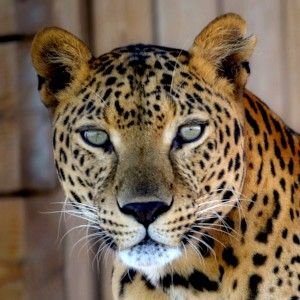 When you work at CARE, there is nothing more special than building a close relationship with one of the animals. Milo was one that everyone wanted to be close with but rarely got the chance. He was quiet and liked to play hard to get, meaning unless you had a drumstick in one hand and a giant stuffed animal doused in Calvin Klein Obsession in the other, you were most likely ignored or given a bit of a snarl saying nap time isn’t over just yet.

Milo had a rough start in life and was often referred to as having a bit of a troubled soul. He liked to keep to himself, preferring the shadows rather than the spotlight, but there was a hidden side of Milo that everyone wanted to get to know.

Milo had his moments where he would let his guard down and come out of his shell a bit. For me, these were the moment I always looked forward to, the moments where I got to see him at his best. Although Milo was viciously declawed at a young age, he maintained Olympic-level athletic abilities. He would run the walls of his enclosure like a motorcycle in a globe of death, showing everyone exactly why there was a roof over his head. He was incredibly agile, able to close the space between you and him in the blink of an eye. It’s quite the wake-up call when you are filling his water bucket and he is asleep at the other side of the enclosure at one moment, then right up in your face in the next. Milo kept me humble and aware of the responsibilities I had as a keeper, showing me he is still one of the most dangerous cats in the world.

In addition to being an all-star athlete, Milo had a loving side to him that would come out every once in a while. This side of Milo is what drew in many, but only a lucky few got to experience it. I can only recall two or three times where I got to see this side of Milo, and only one of them was directed toward me. I was checking on everyone before heading to bed, and I found Milo relaxing in his lockdown. Normally he would ignore me or move out into his enclosure, but this time he got up and started rubbing on the fence. I started talking to him, seeing if I could get any reaction and he started talking up a storm! I had never seen him so vocal in all my time at CARE, and I was in disbelief. I even moved outside to see if he would follow, and he ran out with a panicked look on his face like he thought I was leaving. I ended up spending what seemed like an hour just hanging out, talking back and forth with him, getting to know the sweetest side of his very complex personality. I went to bed that night knowing I most likely would not experience that again, and I never did.

Milo was a fighter through and through, overcoming numerous challenges in his life that were far from being in his favor. He showed incredible strength and taught me more than I am sure I realize. Milo will always be remembered and hold a special place in all the hearts of the CARE community. We are incredibly lucky for the many years we got to spend with Milo, he is already missed terribly. Rest easy big man!

Milo was a troubled soul. He was bought as a pet by woman who was mistakenly informed that a leopard would make a wonderful companion. To add to the misinformation, the woman was talked into viciously declawing Milo. It was a horrible choice that Milo will have to suffer with for the rest of his life. As a cub, he was a cute little thing and his owner would wait on him hand-and-foot, feed him at the dining room table, and let him snuggle up to her in bed.

However, leopards don’t stay tiny and harmless forever. Leopards are not only wild and dangerous but are likely one of the most dangerous of all big cats. Once Milo outgrew his welcome (and his owner’s bed) he found a new home at CARE. He went from being pampered in a lovely, warm house all of his life, to being put into an outdoor enclosure all by himself. Although his enclosure is state of the art, he stopped trusting humans and decided he was better off alone. Milo needs caregivers, sponsors and adoptive parents with patience. In the past years he has spent at CARE he has learned to trust a few people. With each passing year, he trusts more and more. He is so worth the wait… his wild spirit is mesmerizing and his gaze will hypnotize you!