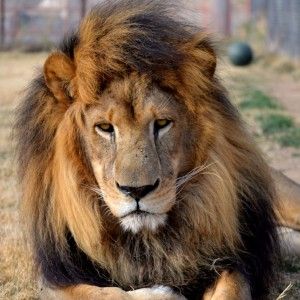 These posts are never easy to write. We hate bearing bad news. With a heavy heart, we had to put Sampson to sleep. If you know anything about Sam’s story, you will know that when he first came to CARE at just a few months old, he was extremely ill. He was diagnosed with a Vitamin A deficiency, which is a growing concern in lions, and many times kills cubs before they reach a year old. Sam got the care he needed, and not only made it to his first birthday, but would have been celebrating his 15th next month! Despite the damage that the deficiency did to Sam, we were able to keep him happy and healthy for a very long time. Sure, he had a wobbly walk due to his past illness, but for many years that was his only issue. Lately, he had been struggling. In the past few days, neurological issues worsened and he started having seizures. Executive Director, Heidi, did not want to see him suffer any more and made the difficult decision we have made before and will certainly make again.. While we are horribly sad to see him go, he was the king of CARE, we know that it was the best thing for him and are just so thankful that he found a home here. We love you Sam! 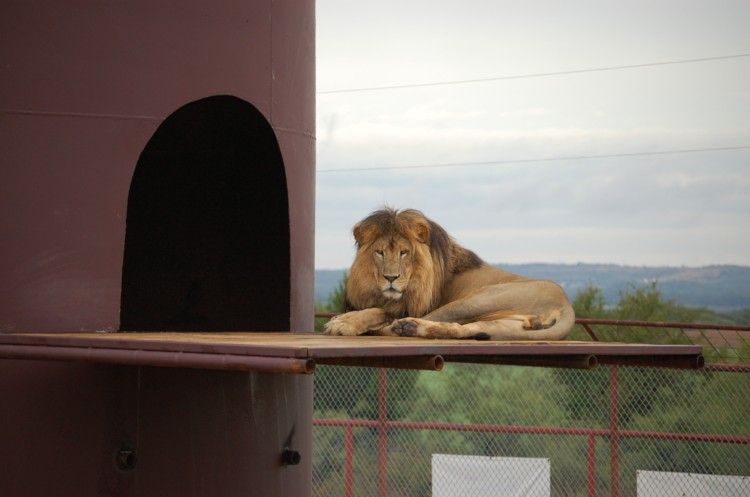 Sampson came to the CARE family when he was just 12 weeks old. He was plagued with a horrific condition caused by a Vitamin A deficiency. The condition has unfortunately become more common in African Lions in recent years. Symptoms include lack of coordination, disorientation, seizures, and eventual death caused by neurological swelling if untreated. Sampson was immediately placed on a program of Vitamin A & D injections. The treatment lasted months. With great pride we are pleased to announce Sampson has been symptom free since he was one year old. He is the “Pride” of CARE.