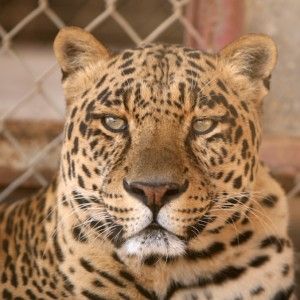 From the start of Spotty's life he fought difficult obstacles. When he was born he was barely alive and the size of my palm. But he received so much love in the next couple of months and he was always in someone's hands. In return he became a very different leopard from the others. Unlike most leopards, who usually form a bond with very few people, he learned to love all. Each of his spots were filled with love for his CAREtakers. As he grew older, his hips and back started hurting him. He went from rushing to the fence for love and his "Spotty Salads" (just grass that we gave to him to nibble on), to limping to the fence.

When I was little I felt that we had a bond from the start. He wasn't much older than I was either, only by a month. So I grew up with him and as we both grew older I noticed the difficulty for him to come say hello. Even when I couldn't visit my mom for awhile, a still felt our bond. Whenever I returned to see my old friend I was very shocked because his limp was worse and I knew I wouldn't have much time left with him. So every morning and every afternoon I would visit him, and our bond grew even stronger.

As he helped me overcome my obstacle all I could do was be there for his. My obstacle was when I broke my leg my senior year in high school playing football. I was really good and on my way to college ball then my whole world turned upside down. Once I was a couple of weeks out of surgery I came to see my best friend. As I limped to his cage, he limped to me and I knew he was there for me, letting me know I would be back to normal in no time. This was a very emotional time in my life and I needed all the support I could get, and he was one of the main reasons why I overcome this difficult obstacle. I watched him make the best out of everyday he could.

It was very hard, but I just tried to make him happy so he could try and forget his bad hips and back. Then I got a call from my mom one morning and my world turned upside down again. As I rushed over to CARE I just prayed that he wouldn't be in any more pain. When I arrived I saw him and just tried to hold back the tears. He was so scared he was growling, so I called to him as a leopard would to its cubs to comfort him and he finally realized it was me and relaxed. I stood by his side for hours just watching as people came in to say their last goodbyes. When no one was around I would just cry and cry. When he noticed I was upset he tried to pick up his head with all his strength just to try and tell me it was okay. In his final moments I realized how strong our bond was because I could go talk to him and he would comfort me as I gave him love. He was a true best friend and he will be forever missed. 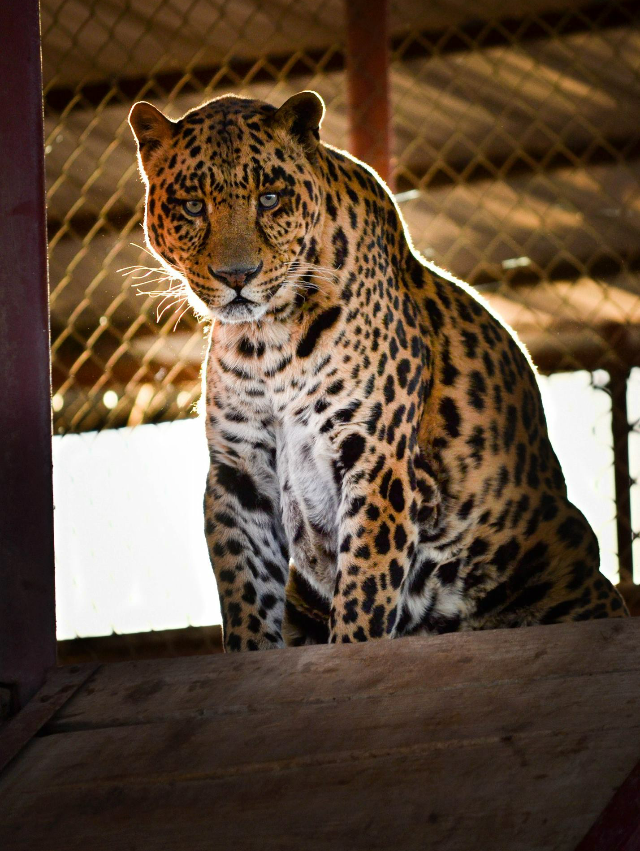 Spotty is a special Leopard to all of us at CARE. He, unlike most Leopards, is very gentle and calm. Spotty is an extremely loving guy. Like all of his CARE mates, he’ll do just about anything for a little chicken treat. Spotty can often be found nibbling on the tall grass on the edges of his home. Although he can be stubborn and coy when he wants to be, he will always rush to the fence for some love. Spotty lives with a female black leopard named Raven. Like many old couples they get into their arguments at feeding and play time, but when the sun sets and the temperatures drop, you will often see them cuddled together sleeping peacefully in one house.