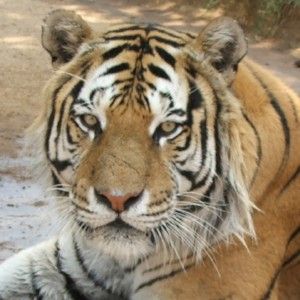 Tigger was one of the most massive beasts that ever walked the grounds of CARE.  His head and feet were incredibly huge.  Tigger was a gentle giant and loved most people, but be on the lookout if you were one of the people he didn’t like.  Even for me, he was terrifying to be around when he was letting someone he didn't like know about his feelings for them. He did not like big men (although he did seem to somewhat tolerate my 6'2" husband, Derek, while still keeping a watchful eye on him).  With Tigger, the taller and bulkier you were, the more threatening or terrifying he saw you as. I never could figure out the root of his discomfort with some people.  I like to think of myself as quite knowledgeable about big cats, but every time I feel I have solved one behavioral mystery, 100 more unanswered questions arise.  I always wish I could have been able to figure out Tigger’s disdain for big men.

Some of my favorite memories of him would happen as I'd walk towards his living area. When he saw me coming, the 750lb Tigger, thinking he was SO sneaky, would "hide" in his enclosure behind a 3-inch wide corner pipe (which is like a person trying to hide behind a broom handle standing straight up from the floor). He did this time and time again- he always thought he was so sly.  He just knew with all his heart I could NOT see him.  I would say, “Where’s Tigger?” several times, letting him know that I had been thoroughly caught in his trap. He would jump up when I got close, and I would jump back and tell him, “You got me… there you are!”  He was always so proud of himself. To finish our ritual, he would rub on the fence as an invitation for me to scratch his massive neck.  He would chuff, and all was good in the world.

Although Tigger was quite young when he passed of cancer, he left a giant mark in my heart and in the heart of CARE. Our sweet (and sometimes not so sweet) stalker will be forever missed. 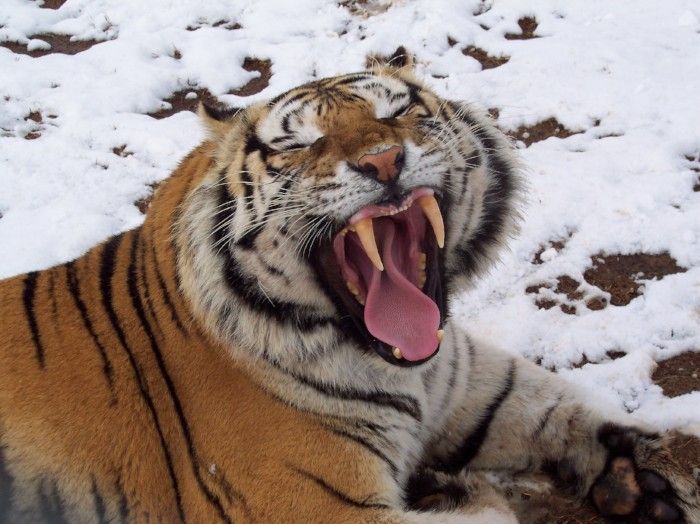