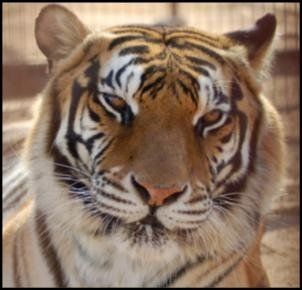 It has been very hard to find the words and I get a bit emotional when I search my memory for how Tinkerbell touched my life. So I guess I will start at the beginning.

Tinkerbell came into my life when she was just 9 days old. She was tiny, weighing about 3 pounds. She was a brighter orange with darker black stripes than most. Her fur was soft and long and her eyes were just starting to open up seeing the world for the very first time. The tip of her little pink, wet tongue hung out of her mouth and you could hold her with one hand. She stole my heart away with her first snotty snuffle from her little pink nose.

For those who don’t know, tigers make this great sound we at CARE call a ‘snuffle’. In the zoo world they call it a ‘chuff’. The sound is much like a “v” and an “f” sound at the same time. If you can make the two sounds together then shake your voice as you do it, that’s what a snuffle sounds like. This is their way of saying “hello”, “what’s up?”, and many other things which we will get into in a little bit. The snuffle of a tiger is somewhat like the purr of a domestic cat. It’s a tiger’s way of communicating, and they do it from the day they are born. Their mother licks them and snuffles and the baby will snuffle right back. When I met Tinkerbell for the first time I was in awe of how many snuffles could come out of a teeny 3 pound baby in just a few seconds. Tink had an overactive snuffler. We must have snuffled back and forth for several minutes before she fell fast asleep in my hands. What a wonderful first meeting.

As I said before, snuffles can mean a wide variety of things, and Tinkerbell used her snuffles to fit many different occasions. It didn’t take Tink long to perfect the art of the “I love you” snuffle, the “I am sorry I made a mess, Mommy!” snuffle, and of course the “let’s go for a ride!” snuffle. Within weeks of her arrival, she was up and terrorizing the dogs and getting into all kinds of trouble. One time I came home to find her locked in the bathroom with the shower and window curtain torn down and shredded, there was soap and shampoo spread all over the bathroom, and one stinky load of poop right in the center of it all. This is where she got the nickname “Stinky Tinky”. Every time I left the house I would come home to a mess and Tinkerbell was right in the middle of it. So I found an answer. Tinkerbell had to go wherever I went to assure she would not destroy my home or hurt herself.

On our trips into town she would play all kinds of cute games like, “Was that what I thought it was…CRASH game”, “How many holes can I put in this seat” and finally the “How long could I chew on the steering wheel before we have to turn?” game. She became quite accustomed to riding in the car. We would often have to drive to some ranch across the county to pick up dinner (a recently dead cow) and Tink would spring into action. I would take her leash off and she would pounce onto the already dead cow to make sure was more deader-er before we loaded it. At this time she was still the size of a medium dog.

By the time she was 6 months old it was time to let her go… well sort of. She moved to the back porch with Jake the tiger, CARE’s mascot. No more hugs and leashes, and kisses would have to be given through a sturdy fence. Tinkerbell was a year younger than Jake but sure would give him a run for his money. She was a bouncy crazy kitty. For a little while after, and if I had the time, I would sneak her in the back door for some love, but that didn’t last long. Tink grew up and became a tiger. It is hard to watch them grow up, but you have to know when to let them go and to stop before their abilities become too much to handle. Knowing these things is critical in our world. Holding on too long could end tragically.

Jake and Tinkerbell spent many years together. They loved each other as much as two tigers could. They slept together, ate together, and were much like a couple who had spent a lifetime together- and yes, they grew old together. Sadly, Jake died years before Tinkerbell. She was devastated. She had lost all that she had known for the previous 15 years. I became worried about Tinkerbell’s health. She had always been husky, and now was very thin. She stayed in her house, rarely coming out to say hi. My heart wretched watching my “Stinky Tinky” slowly die of heart break. There was nothing I could do to help her.

We then moved her to the vet center to spend her last days. She would be surrounded by the love of interns, volunteers, and me. I didn’t think she would make it very long, and I prepared myself for the worst. It was just a matter of time. The time ended up being 5 years! Tinkerbell spent most of these years in the comfortable vet center. She loved her mattress and pillows and blankets and toys. Most of all she loved the love she received in the vet center. Someone was with her on and off all day. This gave her strength of spirit. It was what she needed to be happy again. It was almost as if Tinkerbell had come home.

I was now watching an adult Tinkerbell regress back to her little baby self. She would lie infantile on her bed with her arms wrapped around her “babies” (stuffed animals) just as I had held her that first day. She would snuffle and whine for attention when anyone walked in the room, and yes, she still had her “overactive snuffler”. Life had made a full circle. It was as though my little “Stinky Tinky” was just 9 days old all over again.

Tinkerbell made it all the way to 20 years, which is amazing for a tiger. She was a beautiful old girl who had seen many things, and snuffled many times. During the two weeks leading up to her passing, she started to get very tired and weak, and her snuffles started to become fewer and further in between. She was getting ready for bed, and it was okay. It was her time. She was ready, and I was ready. She wasn’t showing any signs of pain or discomfort, so I gave her the initial option to pass away on her own, but I wasn’t going to let her linger. I prayed that my little baby would just go to sleep and not wake up. It would be for the best.

One day, her snuffler stopped working, and I immediately knew that she needed help, so I made the hard call; the call I’ve made many times in the past, and the call I’ll almost certainly have to make in the future- the call to put her down. By the time Dr. Jeff Williams came out (Dr. Bill was on vacation), Tinkerbell couldn’t even lift her head, and she had used the very last bit of her strength to move her body to the exact middle of her enclosure. This is an animal’s way of saying goodbye- they try to get as far away as possible, and then they lie down and wait to die. We didn’t want her waiting any longer, we had already said our goodbyes, and we were all ready. Dr. Jeff worked quickly and efficiently, and Tinkerbell softly drifted away. Her body would snuffle no more.

It is always so very difficult to say good bye to a CARE friend, and in the case one of my dearest children. They walk on this earth such a short period of time yet touch our hearts in ways they have never been touched before. I wish for you all to remember the joy we all found in the life of Tinkerbell. She was a light that will forever shine bright at CARE. 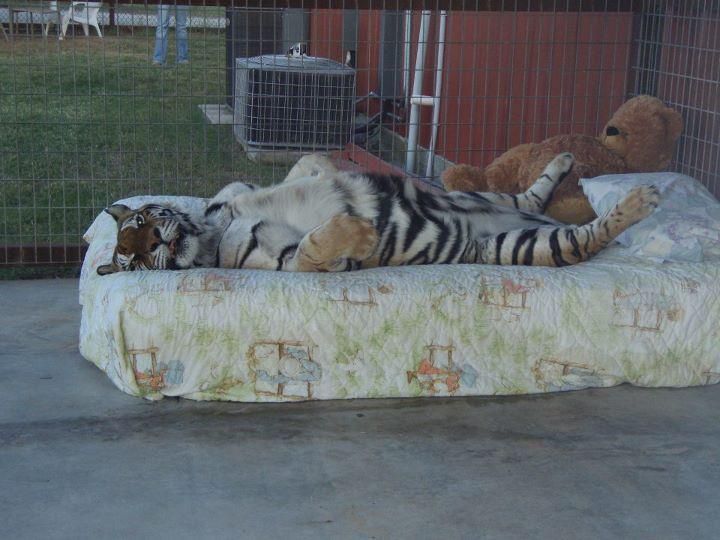